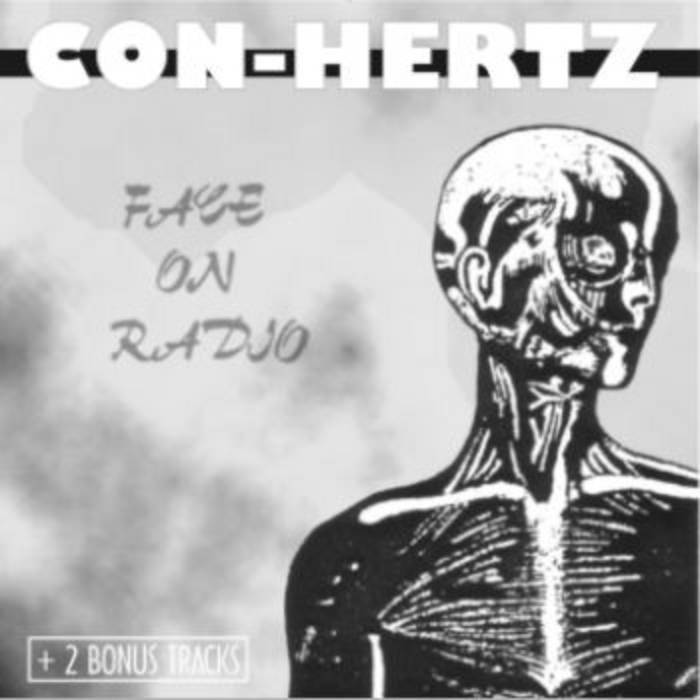 "Face On Radio" consists of choice extracts (chosen by Auricle) from six hours of Wolfgang Hertz's remixes (that is layered/laminated tapes, often with added effects, cut-up work and extra sounds added) culled from archive recordings from the Conrad Schnitzler studio vaults and his "Concert" cassette tape library. The way Wolfgang put much of this together is quite close to the style of the "Conal" LP - one of Con's all-time classics. Yet here there's an added unnerving darkness, and ecletic edge that's different.
This exclusive release also includes two lost demo recordings from the "S-Shape" sessions, which showcase Wolfgang also as a synthesist in direct collaboration with Con.

The licence for this release was authorised by Wolfgang "Hertz" Heusmann, and is issued with respect to him, wherever he is. Last time we asked Conrad had no idea of his whereabouts, and did not object to our continued production of this, preserving an otherwise lost bit of history. This download version is dedicated to the memory of both musicians and the excellent music they left us.

Conrad Schnitzler worked quite a lot with the younger wave of Berlin musicians in the early-1980's. The duo of Con-Hertz had an unusual beginning, as original tapes issued by Wolfgang Hertz were actually sessions he'd worked on together with Con, and thereafter had remixed, cut-up and manipulated, creating something new without Con's knowledge. The cassette "Face On Radio" was issued in 1986. ... more

Bandcamp Daily  your guide to the world of Bandcamp